Being raised as a New England Patriots fan, you can understand the dilemma I faced when I started dating a Pittsburg Steelers superfan. Back then, I didn’t quite understand the seriousness of it, and the rivalry that was oh so present. How’s a girl supposed to know what team to choose when she just joined the football parties for the delicious nachos? I eventually embraced the Steelers and all their super bowl wins (okay, I know that the Patriots and Steelers are tied for Super bowl wins, but that’s not the point here 😉). 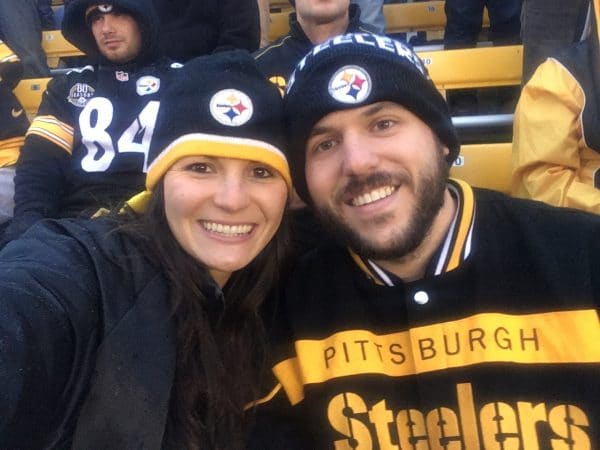 Last December, my husband and I met up with his family at the Heinz stadium where the Patriots played the Steelers. The temperature was icy cold, and it rained the entire time, but what a game! I cheered and hollered for my beloved team as they fought the good fight. I nearly cried as the Patriots made that final touchdown. (well, they really won based on a referee’s call, but what else is new? 😉) When the game was over, and I was fighting back tears, that’s when I knew who my team was. 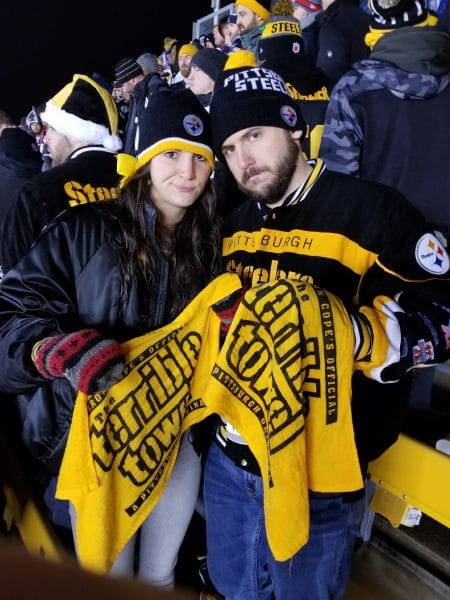 Another one bites the dust!

In all seriousness, I have a special place in my heart for many Patriots fans. After all, the world’s best dentist is a Patriots fan. I can’t help what team he roots for, but he does great dentistry. 😊

Here’s the thing about New Englanders: You aren’t fair-weather fans. Yes, this is the first time in 10 years that the New England Patriots didn’t make it to the Super Bowl playoffs. But I know you would give your left kidney to Tom Brady if he asked. 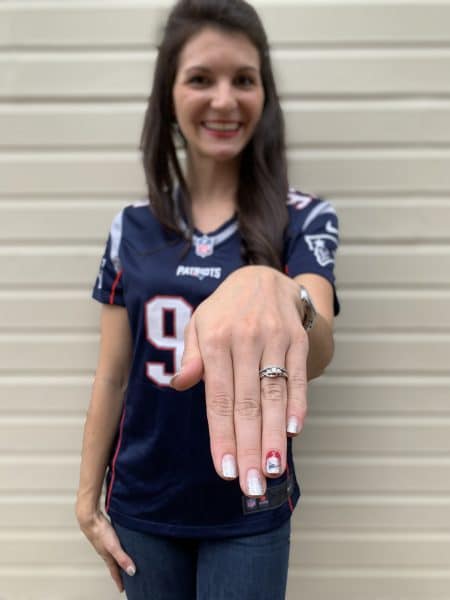 Be true to your team!

So come by Seasons of Smiles this week to pick up your free New England Patriots manicure kit. These nail polish strips are made in the U.S.A, and wicked easy to apply. They’ll come with simple, step by step instructions to have you ready to show your true colors this Super Bowl. 🇺🇸

Krista is the daughter of Dr. and Mrs. Medina. She graduated from Southern Adventist University with a degree in nursing. She is happily married and resides in Memphis Tennesee.